Soprano Jennifer Perez is a native New Mexican. She was one of the first young artists to enter the New Mexico Bach Chorale as an up-and-coming professional. Mentoring emerging artists is a major part of NMPAS’s Mission to promote New Mexico’s most talented professionals. We are very proud of all that Jennifer has achieved since graduating from UNM a few years ago.

Many NMPAS artists, including Jennifer, earn their living through music. Her main performing activities are with NMPAS, the Oregon Bach Festival, and the Dallas Choral Festival. Since all of her income derives from singing and part-time teaching, the COVID-19 emergency has left her in a difficult financial situation.

Jennifer says that the psychological effect of the coronavirus has been even more devastating than the financial insecurity she’s currently experiencing. She’s trying to fill the void with practicing. Yet having rehearsal and concert deadlines provides the very structure that is now missing from her life and the lives of her colleagues. Her concern for her colleagues, as well as herself, is what makes Jennifer so special to everyone at NMPAS and the wider community.

Jennifer wants to share her love of music with NMPAS audiences during the COVID-19 emergency. She’s working with Artistic Director Franz Vote and members of the New Mexico Bach Chorale to plan a “live” concert via video link. Her idea is to create a special Thank You gift for each person who donates to the Artist Relief Fund and supports NMPAS through the remainder of the 2019-2020 season.

Although Jennifer had very little formal training before college, she has been singing since she was a child. She was born in Ventura, CA and moved permanently to New Mexico at age 10. Jennifer went to Bernalillo High School and, after graduation, pursued a bachelors and masters in vocal performance at UNM in Albuquerque. Jennifer Vanover was her high school choral teacher and the person who encouraged her to pursue a career in music. Being cast as Cosette in Les Misérables is among Jennifer’s most special high school memories.

She decided to pursue music in college, because it was the one thing she could not live without. Jennifer Perez is not alone in this: many professional musicians feel as though music chose them, not the other way round. UNM in Albuquerque has an excellent music department, and she was lucky to be accepted into their program. Her voice teachers at UNM were Sam Shepperson* and Michael Hix.

At UNM she was very active in the opera program and also sang in three different choirs: concert, chamber and jazz. Jennifer doesn’t see herself primarily as an opera singer, because she’s uncomfortable being in the spotlight for extended periods. But she has learned to adapt to the performing environment, and her current activities span several genres, including oratorio, chamber music, opera in concert version, and choral music.

Jennifer talked about how much she appreciates a group like NMPAS, which focuses entirely on local musicians. She loves singing with us, because the New Mexico Bach Chorale has a robust sound, even when singing as a quartet of soloists, or with 2 or 3 on a part. She appreciates the fact that Artistic Director Franz Vote wants everyone in NMPAS ensembles to sing with their real voice, which promotes healthy vocal production. The fact that the New Mexico Bach Chorale is an ensemble of soloists also suits her to a T – she enjoys soloing with us, but also loves being part of the choral texture.

The other thing that Jennifer has learned from being part of NMPAS is that Bach is her favorite composer. She thinks that the way his music is structured, “the way it’s woven together,” is perfect. Bach took traditional forms to a whole other level, and this really resonates with her.

Jennifer Perez loves living in New Mexico! The beauty of our state means a lot to her quality of life. She enjoys traveling out of state for work, but New Mexico will always be the focus of her life and work.

*Sam Shepperson has also been a tenor soloist with the New Mexico Bach Chorale since 2018. 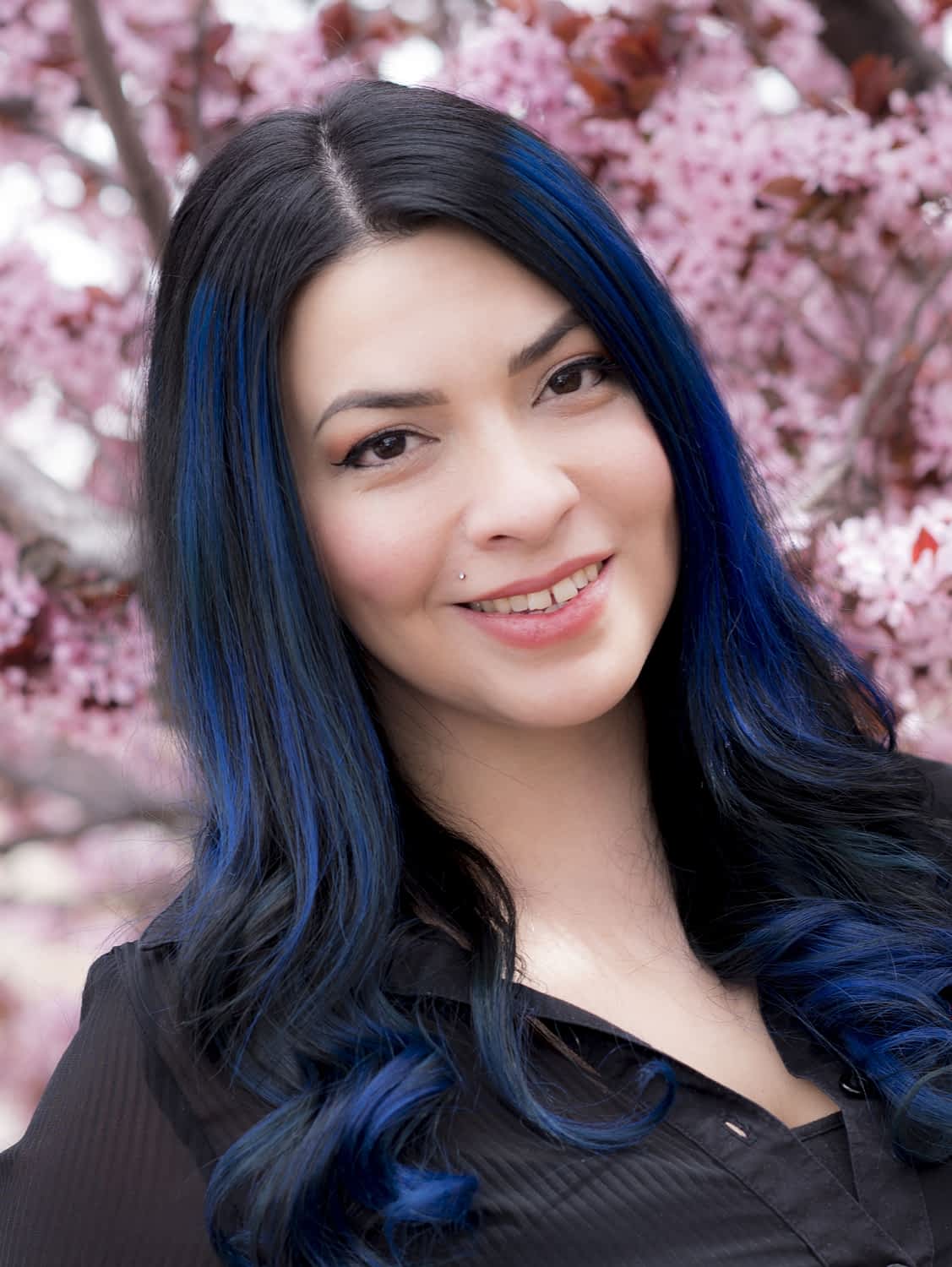