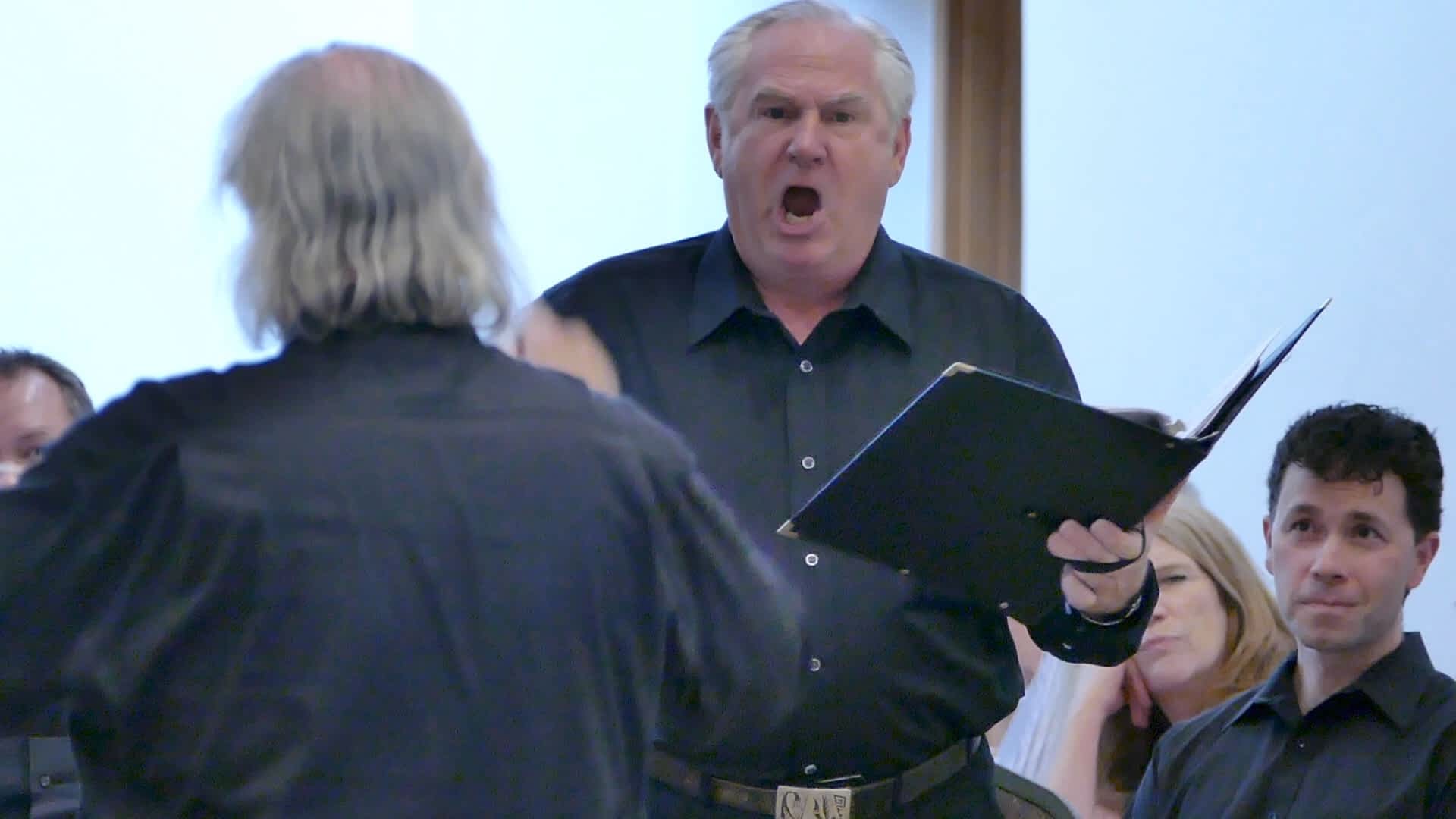 Tim Willson is a native of Greeley, Colorado. His Dad had a great voice. He had begun to sing professionally in a barbershop quartet in Iowa, when the Depression hit and ended his career. Tim’s Dad was very supportive of his music education and gave Tim piano lessons. (For every musician with professional aspirations, piano is an absolute must!)

Tim says he was singing before he could speak. He took his first voice lessons at the age of 5. His family sang wherever they went. On one occasion, that was all the way to and from California!

After high school, Tim studied at the University of Northern Colorado for a year, and finished his degree at Colorado State University in Fort Collins. His major was Creative and Performing Arts, which consisted of music, dance and theater. He was very active in their theater program. Tim inherited his big vocal range from his Dad; he sang bass, baritone, and tenor roles in college. He has also taken on a variety of opera and oratorio roles with NMPAS, mainly as a baritone and bass, but occasionally as a tenor, too.

“I did not start to learn to sing until I moved to New York,” Tim said. “Since then, I have learned more about how to sing myself, and how to try to help others. It is still an ongoing process.” Tim has coached several young NMPAS singers on repertoire for upcoming concerts, and he maintains a voice studio in Santa Fe. His students have very positive things to say about his teaching.

Tim’s story of finding his way to New York and a career in voice is rather unique. For 10 years before moving to NY City, he had worked as a tile man and carpenter in Colorado. And that is what he did when he first moved to New York, as well.

He’d also been working as a professional actor in Colorado. The director encouraged him to relocate to New York City. Once there, he auditioned for and almost got a role in “Pirates of Penzance” on Broadway.

One of Tim’s former voice students had a job in the Metropolitan Opera Chorus. She hooked him up with her voice teacher, Ed Dwyer, who was a highly respected voice teacher in New York in those days. After 6 months, Tim got a chorus job at New York City Opera; he subsequently won a similar position at the MET.

He had subbed at the MET before auditioning for a full-time position. The Director wanted him to promise not to become a soloist for 7 years. Tim initially declined, but later accepted the Director’s requirement and sang there for 14 years.

Tim loved being in the MET Chorus as a first tenor and also sang spinto roles at Amato Opera. In retrospect, he wishes he’d stayed in the MET Chorus for longer.
But he went out on his own as a soloist and sang regional opera for 3 years. Being on the road was fine for a while, but he began to tire of the constant travel.

We talked a bit about spinto tenor voices. Tim explained that most spinto tenors don’t have a high C and maybe not a high B. Sigmund in Wagner’s Die Walküre goes up to an A. The role of Sigfried in the Wagner opera of the same name has a couple of high C’s and is possibly the hardest role to cast in all of opera.

In addition to singing with NMPAS and the choir at First Presbyterian Church, Tim is very active at El Rancho de las Golondrinas. He learned leather working in the Boy Scouts. In those days, you could join the Order of the Arrow. They dressed up like Indians and conducted ceremonies. He had to make his own Indian costume, and that was the start of his interest in leather working and beadwork.

When asked what it’s like to experience a lack of performance opportunities during COVID-19, Tim said that he and most musicians need deadlines in order to learn new repertoire. Right now he doesn’t have any performances coming up until late summer. NMPAS hopes to schedule a video concert in June for a few of our singers, including Tim.

As a final comment, Tim mentioned that he and NMPAS Artistic Director Franz Vote worked together at the Metropolitan Opera for a number of years. They reconnected in Santa Fe when they discovered that they had both “retired” to New Mexico. Both artists continue to delight audiences with wonderful music in Santa Fe and beyond!