The timing couldn’t be more perfect: The Albuquerque Museum has a great exhibit running concurrently, Beyond Van Gogh, and Greg performs “Dear Theo,” based on letters exchanged between Vincent Van Gogh and his brother Theo.

I.The Red Vineyard
II. I Found a Woman
III. Little One
IV. The Man I Have to Paint
V. When I’m at Work
VI. Already Broken
VII. Souvenir

Dear Theo is a song cycle for tenor and piano composed by the well-regarded pianist, artist, and American composer, Ben Moore. Performances and recordings by famed Metropolitan Opera artists, including Nathan Gunn, Lawrence Brownlee, Susan Graham, Frederica von Stade, and Deborah Voigt, have brought increased awareness to Moore’s songs. The cycle consists of seven songs based on letters from the artist Vincent van Gogh to his brother Theo. The songs provide a window into the emotions and struggles of the artist’s short yet tragic life. “Ben Moore is a particularly eloquent exponent of the art song, noted for the broad and eclectic variety of his thematic applications and poetic sources.”1 His melodies are soaring and lyrical, creating immediate emotional impact for listeners. This lyricism is linked with affecting texts that are full of drama and powerful messages. Moore’s harmonic language is modern yet approachable. Even the dissonant harmonies have a purpose and overall aesthetic quality. Opera News in reviewing Dear Theo, wrote, “[The song cycle] displays composer Ben Moore’s aptitude for psychologically probing yet undeniably appealing storytelling.”2 The following are notes on the cycle from composer Ben Moore:

“Little appreciated during his lifetime, Vincent van Gogh is widely regarded as one of history’s greatest painters and a vital contributor to the development of modern art. His brother Theo ran a successful art gallery in Paris and provided unfailing financial support to Vincent throughout his career, allowing him to devote himself entirely to painting. Their lifelong friendship is recorded in the hundreds of letters they exchanged from August 1872 until July 1890 and is the source for most of what is known about the thoughts and beliefs of the artist.

This cycle for tenor voice and piano is a setting of selected passages from the letters which I have adapted from the original English translation (translated from their original French or Dutch) which express major emotional themes that run throughout the correspondence. In these seven songs I have tried particularly to emphasize the poignant fact that Vincent would never know the tremendous value and influence his art would eventually acquire, and how, for instance, in August of 1883 he could write that what he wanted was to leave ‘a souvenir’ to express the depth of his feeling. The words to the first song are based on letters from 1888. Other passages were based on or adapted from letters dated April ’88, July ’82, December ’81, August ’83 and August ’87. It should be noted that in certain cases I have modified the translations and repeated certain words or phrases, to allow for a more regular musical structure. In each case I strived to maintain the spirit and intention of van Gogh’s original words.

This piece holds a special meaning for me since, as a painter myself, I have been moved and inspired by van Gogh’s work since early childhood. I also believe that whether one is an artist, a musician, or an appreciator of art, one cannot help but feel a connection to this man who, through great financial and personal hardship, maintained a passion for his work and for life in general.”

*The texts are based on or adapted from the first English translation of letters written by Vincent van Gogh to his brother Theo entitled The Letters of Vincent van Gogh (Constable, 1927). A majority of the letters in the collection were translated by Van Gogh’s sister-in-law, Johanna van Gogh-Bonger, who died in 1925.

Greg and Kayla are both amazing artists who are music faculty members at Eastern New Mexico University in Portales. They are yet another example of the talented musicians, performing and fine artists who make New Mexico their home. 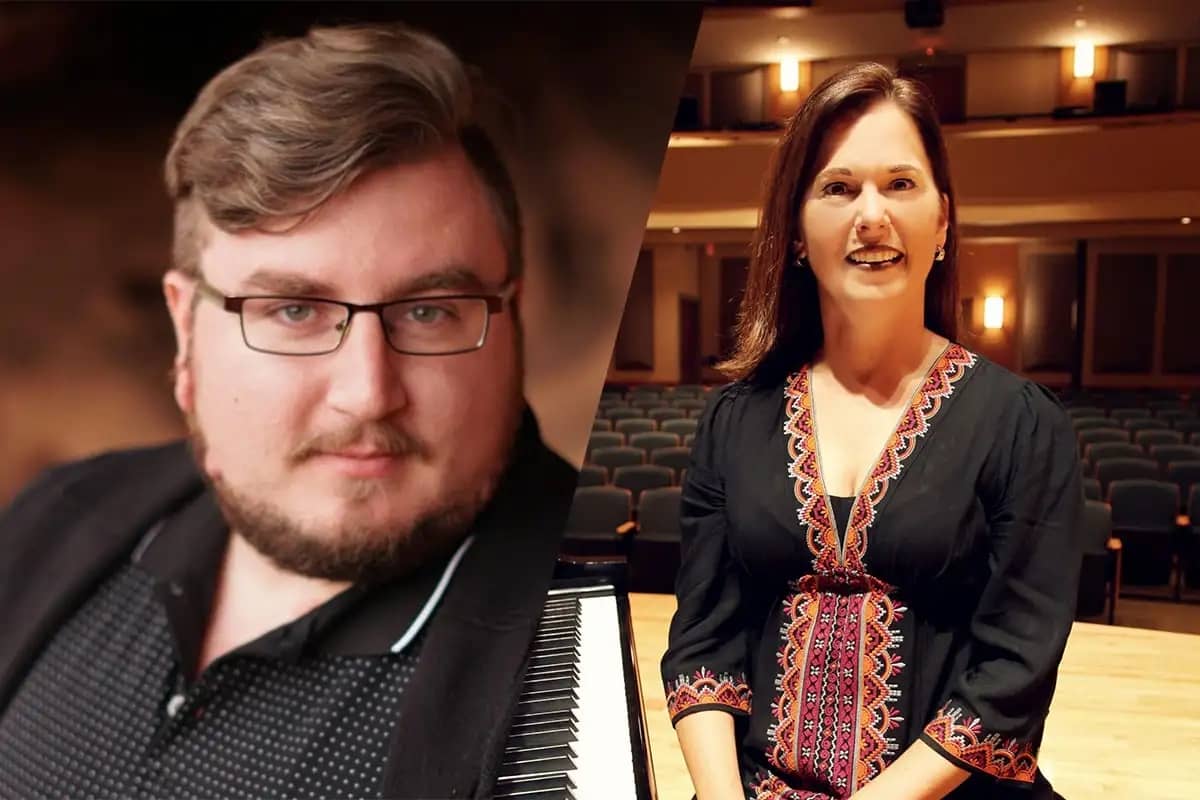